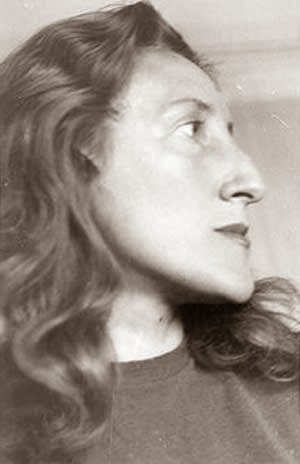 The news that Gabriel Garcia Marquez died on April 17th has overwhelmed the news—even for those who are likely to know—that another amazing literary figure died only 2 days before: Nina Cassian.  Nina Cassian was the pen name for the Romanian poet born as Renée Annie Katz.  Cassian’s biography is the stuff of Nobel Prize winners, like that of Joseph Brodsky or Czelsaw Milosz.  She grew up primarily in Bucharest, where her family relocated when she was eleven.  Her first collection of poetry was condemned by the Communist authorities.  For a time Cassian tailored her writing to be less controversial, but she was an exuberant personality and secretly wrote satires of the government during the oppressive Ceausescu regime.  In 1985, Cassian was invited to teach at New York University.  While here, her friend, Gheorghe Ursu, was arrested and tortured to death.  The authorities found Ursu’s journals in which he also transcribed Cassian’s unpublished poems lampooning the government.  This resulted in Cassian’s home being seized by the authorities and all her books and papers being confiscated.  Realizing that her life would be in danger if she returned, Cassian appealed to the US Government for asylum and, having it granted, remained here until her death on April 15, 2014.

I had the good fortune to meet Cassian in the early 90’s.  I was introduced to her by poet Dana Gioia at a reading she was giving in SoHo.  She had a magnificent presence: elegant in the way we think of great Hollywood actresses.  I can still hear her voice in my head, for the way she delivered a line was indelible, as was the power of her poetry, which is really the focus here.

Cassian was incredibly prolific, publishing over 50 books in her lifetime: poetry, children’s books, fiction, translations, even puppet plays.  She had a playful imagination but also a big heart.  This may account for her poetry being something like surreal love poetry.  But don’t think of her as another Pablo Neruda; her poetry is quite different.  The playfulness of Cassian also accounts for her prolific publication of children’s books, which in turn might give you an inkling of her surreal bent.  Think of fables and fairytales, but those which don’t shy away from the darkness.  For instance her poem “Sand,”

My hands creep forward on the hot sand
to unknown destinations;

like two decapitated eels.
(translated by Naomi Lazard)
What is remarkable about so much of Cassian’s poetry is that the majority of it seems to lose nothing in translation.  For instance, in the marvelous poem, “Orchestra,” the ethereal quality of the beloved is likened to the elusive emotional force of music as it is played.  Even in English that pursuit of an impossible spirit is perfectly rendered:
Climbing the scales three octaves at a time,
I search for you among the high notes where
the tender flute resides.  But where are your
sweet eyelashes?  Not there.
Then I descend among the sunlit brasses—
there funnels glistening like fountain tips.
I let them splash me with their streaming gold,
but I can’t find your lips.
Then daring ever deeper I explore
the depths the elemental strings command.
Their bows will not create a miracle
without your stroking hand.
The orchestra is still.  The score is blank.
Cold as a slide rule the brasses, strings and flute.
Sonorous lover, when will you return?
The orchestra is mute?
(translated by Dana Gioia)
At times she rendered with perhaps greater clarity than other more celebrated poets the problem of art under tyrannical regimes.  Though one could also see it as a kind of pride, it is a pride born of necessity in the face of oppression:
Vowel
A clean vowel
is my morning,
Latin pronunciation
in the murmur of confused time.
With rational syllables
I’m trying to clear the occult mind
and promiscuous violence.
My linguistic protest
has no power.
The enemy is illiterate.
(translated by Brenda Walker and Andrea Deletant)
For Cassian, language is sensuous and even sexual.  Reading her poetry one is more inclined to think of poetry as a kind of dance, the movement of a body.
Licentiousness
Letters fall from my words
as teeth might fall from my mouth.
Lisping?  Stammering?  Mumbling?
Or the last silence?
Please God take pity
on the roof of my mouth,
on my tongue,
on my glottis,
on the clitoris in my throat
vibrating, sensitive, pulsating,
exploding in the orgasm of Romanian.
(translated by Brenda Walker and Andrea Deletant)
Clearly that appeal to God also shows a keen awareness of the danger involved, that one is not only exposed to the single lover as a poet but to the authorities who are in power.  If poetry is a form of lovemaking, it is, once published, also public and, therefore, a terrible kind of vulnerability.  This may also account for why the majority of her poetry is love poetry.  But also Cassian is masterful in her embrace of being fully human.  That may be the core of her poetry.
Her face was striking with its prominent chin and aquiline nose.  And so she made these powerful features the point of her poem “Self-Portrait.”  Perhaps few poems so well exemplify her desire to fully embrace the great range of our humanity.  Pointing out the oddities of her own face, plunging into them, and insisting on them even as others might mock them, results in an enlargement of what we call “human” as so much of her poetry does:
I was given at birth this odd triangular
face, the sugared cone that you see now,
the figurehead jutting from some pirate prow,
framed by trailing strands of moonlike hair.
Disjoined shape I’m destined to carry around
and thrust out steadily through endless days,
wounding the retinas of those who gaze
on the twisted shadow I cast upon the ground.
Disowned by the family from which I came,
who am I?  Earth conspires to turn me back,
the white race and the yellow, the redskin and the black,
till even to the species I lay little claim.
And only when—a self-inflicted woman—
I cry out; only when I face the cold;
and only when by time I’m stained and soiled
do they find me beautiful: and call me human.

Posted by Michael T. Young at 8:50 PM No comments: