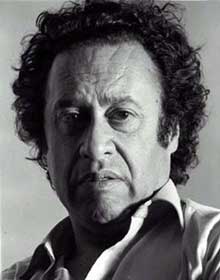 
His life had become a work of art, a painted representation of the patterns he had followed, sketched into his poems and other writings.  Of course, this calls to mind Wallace Stevens who traced a similar trajectory in the imagination.  Certainly, Lihn stakes as much in the imagination as Stevens, though with less insistence.  Lihn also had the grit of the quotidian in his poetry, the hard, troubled reality that life in a politically volatile place as Chile would produce in others of his generation.  His voice never stops insisting on the negative spaces that define the apparent truth; much like a Taoist insists there is no mountain without a valley.
Posted by Michael T. Young at 7:37 PM 2 comments: